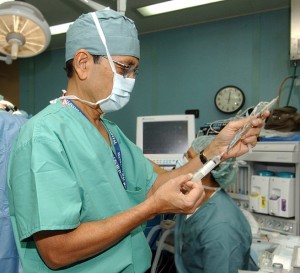 Bob Dick, a Chatham County psychologist underwent surgery without the aid of anesthesia but with hypnosis. While anesthesia is widely considered safe, it carries the small risk of stroke, heart attack and death, especially in older adults or those with a serious medical history.

With this in mind, and knowing that anesthesia can mean a longer time in the hospital and in recovery, Dick decided to try the method he’s long employed in his own practice.

As a young psychologist in the early 1970s, he studied for a week in Arizona with Milton Erickson, a psychiatrist who specialized in medical hypnosis. Rather than instructing patients with a direct order, Erickson would offer suggestions, much like Dick’s own: “Now it’s safe to go into a comfortable learning trance” which he used during his own surgery.

Hypnosis is an increasingly common alternative to anesthesia. It was used before on a breast cancer patient, hernia surgery and even throat surgery.