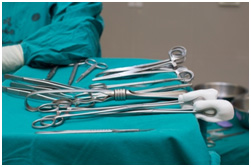 The moment someone says the word ‘hypno’ people think of magic, taking control of others’ mind against their will, and many such myths. But that is what they are: just myths.

Hypnotherapy is actually a science of mind. It is not mystic but scientific. It is basically a form of psychotherapy, which uses the power of the sub-conscious mind to go to the source of problems, challenges and issues and find a solution to them. It also accesses the inner strength of an individual through the subconscious mind, which can really accelerate healing in the physical body. This is where it’s role in the medical domain comes into play.

The surgery life-cycle has three key stages: pre surgery, during surgery and post surgery. Hypnotherapy plays an important role in each of the stages. In the pre surgery stage, clients who go through the hypnotherapy procedure before surgery felt less fearful, anxious and stressful and thus are able to control nausea, blood loss, pain, fatigue, unpleasantness effectively. The hypnosis intervention also reduced use of anesthesia and self-reported pain but also reduced institutional costs for surgery, mainly by reducing time in the operating room. During surgery, hypnotherapy is used as an alternative to anesthesia. Patients also had better and faster recovery. Hypnotherapy also found a very significant role in post surgery. Targeted hypnotic intervention can accelerate postoperative wound healing. It also helped reduce hot flashes in breast cancer survivors, helped reduce anxiety, depressions and improved sleep which contributed to faster recovery.
The various research confirm that hypnotherapy has a very important role to play in all the three stages of the surgical process and can actually and support the medical science in making its healing process more effective and fast.