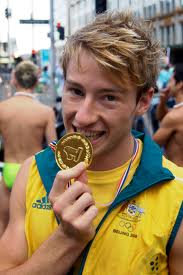 Matthew Mitcham, an Australian 10-metre platform diver had turned into hypnotherapy to help eliminate his drug addiction that almost had ruined his career and life.

In a book, “Twists and Turns”, Matthew revealed that he began using and addicted to methamphetamine after having low self-esteem, anxiety and depression.

Mitcham also added that even winning the 10-meter gold medal at Beijing Olympics, he was only ranked No.2, and felt that he failed to achieve his childhood dream of becoming the best in the world at something which he thinks became his reason to use illegal drugs.

Finally, he also opened up that he had recovered from his drug addiction with the help of hypnotherapy. Matthew is now back for his training for the 2014 Commonwealth Games in Glasgow, Scotland.