Getting criminals to ‘talk’ through forensic hypnosis

Professor Sudhir Khetawat of Hypnotherapy Research Center Indore talks about how forensic hypnosis – a harmless psychosomatic technique – can be used to get the truth or information from criminals instead of using drugs or chemicals injected into the body.

Under hypnosis, an altered stated of consciousness; a criminal is open to suggestion and confession eliminating the use of any pressure or torturous technique to extract information of a crime.
Forensic hypnosis can also help bring out hidden memories from one’s subconscious mind even if the crime was committed a long time ago. 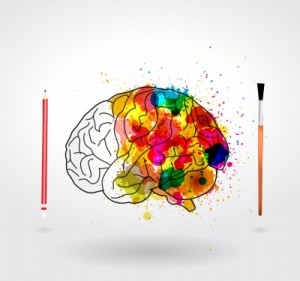 A recent article from Medical Xpress stated that a group of researchers from University of Turku, Helsinki, and Skovde, have found evidence that hypnotic suggestion can involuntarily change one’s perception from a targeted stimulus for both hypnotized and non-hypnotized participants.

The study showed that hypnosis can possibly create a memory trace which occurs during stages of visual processing already about 1/10 second after the appearance of a stimulus. For example, series of blue/red shapes are displayed and participants who are under hypnosis are given the suggestions that certain shapes have a corresponding color, such as all squares are red. Then, participants experienced a constant change in color right after a suggested shape is projected in which they see a red square though the real color was blue.

These results show that hypnosis or hypnotic suggestion can modulate highly automatic features of perception such as color experiences and had become an important allegation in the field of psychology and cognitive neurosciences that study memory, consciousness and visual perception. 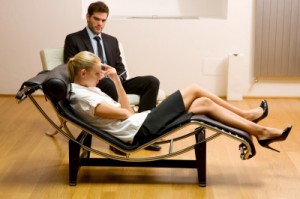 A recent journal from Medical Xpress states that neuroscientists have a renewed interest in hypnosis in studying cognitive functions.

Professor Peter Halligan from Cardiff University and David A. Oakley of University College in London had assembled a team of neuroscience and hypnosis researchers to show how using hypnotic suggestion can return new insights into the neuroscience of consciousness and motor control that can be verified through experimentation.

The study, conducted jointly with the Cardiff University’s School of Psychology and the Institute of Psychiatry in London, found similar regions of brain activity in healthy patients who experience simulated paralysis through hypnotic induction and those who display a neurological illness of paralysis without having suffered brain damage.

This study can lead to a better understanding and potential treatments for conversion disorder patients (patients with paralysis, numbness, etc. without a definable organic cause).

Published on: May 23, 2013
Source: FamilyPracticeNews.com

Recent news from Family Practice News reported that according to Dr. Richard G. Fried, hypnosis and other alternative treatment offer benefits to patients having skin disorders.

Dr. Friend proposed that patients having dermatologic effects of aging may benefit from hypnosis. Hypnosis has shown benefits to some patients.

Recent study also demonstrated that patients with alopecia areata have also shown improvements in depression and anxiety (referred to as psychological stresses that causes more severe skin infections and problems) through the use of hypnosis.

Law Prohibiting Hypnotism Has Been Repealed in Huntington Beach

A recent article by Anthony Clark Carpio stated that a repeal of a law prohibiting hypnotism in the Huntington Beach City has been approved by the city council.

According to Mayor Matthew Harper, the law was first adopted in 1979 to address unlicensed sham hypnotists.

Now, with the approval for the repeal of the law prohibiting hypnotism, effective 30 days after the approval, people can now lawfully use hypnotism as an entertainment on some occasions or even for other purposes such as treatment and healing.