Can hypnosis help you break those unhealthy habits? 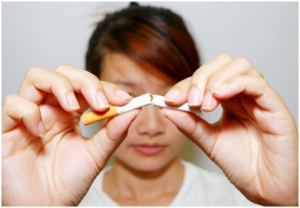 Amy Lavier, a resident of Watertown, Massachusetts, lost 50 pounds with the help of hypnosis. After failed attempts at diets and gym memberships, she decided to give hypnosis a try.

Hypnotism has been around since the mid-19th century, when it was often used as a parlor trick. Today, hypnotherapy is commonly used to break unhealthy habits like smoking, to rid people of phobias and to treat panic attacks.

Studies have found that hypnosis is effective for behavioral change, as well as for reducing surgical and cancer pain, nausea and fatigue in conjunction with other treatments.

Unlike the stereotype from old movies, hypnotherapy does not put people to sleep and old pocket watches are not involved. Instead, the client, with closed eyes, is guided through a series of relaxing imagery and ideas. The client is put into a trance where the hypnotherapist gives the client suggestions to help with the problem.

Hypnotism is not magic. It requires that the client is convinced that she wants to break the unhealthy habit. Success comes, as with Lavieri, after weeks or months of hard work.

Cops get a lesson on forensic hypnosis 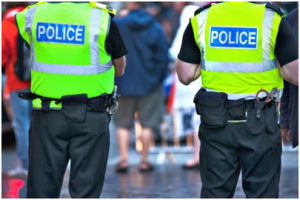 Retired DSP, Ajay Singh Chauhan, emphasized upon the importance of forensic hypnosis that it is used to get witnesses or victims of crimes to remember things they may have forgotten or repressed.
Pawan Singhal, an inspector of the Malharganj police station mentioned that the workshop has helped in learning how to cope with work pressure. It also helped in increasing both physical and mental efficiency.

Dr Sudhir Khetawat, Chairman of the Hypnotherapy Research Center said that Every case can be solved through self-hypnosis, which is beneficial for police personnel- to increase physical and mental efficiency, pain control at finger tips, lose weight (during sleep hours).

Learning to ‘unzip the fat suit’: Obese woman so heavy she needed both knees replaced loses over 170lbs through hypnosis 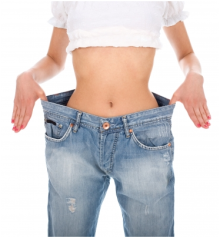 Trish Walker, 56, from Australia, who was 247lbs and had both knees replaced dropped to 123lbs after conquering her fast food cravings with the help of hypnosis. She lost around 170lbs, half of her body weight in 18 months.

Trish contemplated on having a gastric band but had fears due to her sister-in-law having died from complications from having one fitted. Her psychiatrist recommended her to Maggie Wilde, a hypnotherapist who had success with food addicts.

Maggie Wilde worked with Trish using the CPR (control, program, rewire) method, which involves tapping on control points on the body while repeating mantras to retrain her thoughts around food. Trish also used the hypnosis tapping method to help rid herself of her fear of exercise.

The course proved so successful that Trish was able to conquer her addiction to food and lose weight without the dangerous surgery. 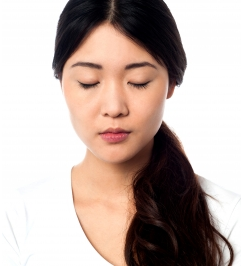 Hypnotherapy is a psychological term used to create unconscious change in the patient in the form of his thought, behavior, attitude and new responses. According to psychologists, hypnotherapy is an altered state of mind in which one’s normal skepticism is largely suspended. In this state of consciousness, a person is more open to discussion and suggestion.

Hypnotherapists induce this hypnotic state and act as a facilitator who guides the patient on how and where to heal themselves. Studies have shown that hypnotherapy can ease pain, speed the healing process, increase fertility and even fight chronic disease like cancer. Hypnotherapy can also help people get over fractures, asthma, migraines and more. 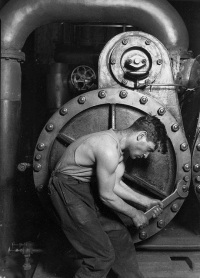 All hypnosis is self-hypnosis, an inner experience. The therapist acts as guide; the patient takes the trip. Hypnosis works because of three key elements: a person’s ability to: 1. Learn the skill of relaxation, 2. Focus attention inward, and 3. Utilize psychological suggestion. It is the mysterious power of psychological suggestion that has the ability to alter troublesome symptom behavior.

Simon Lyman noted that psychological suggestion, via hypnosis, works in our bodies like repair crew who quietly maintain the engine “below decks” in a ship, out of sight and at the same time vital.

Hypnosis, an inner power that most people have, is a matter of harnessing energy to bring about the change in the body-mind immune system.